A downloadable game for Windows

Diskophoros (Greek: "Discus-Bearer") is a fast-paced local multiplayer fighting game. Face your friends in thrilling laser disc combat on ever changing procedurally generated maps. You can download the alpha version below and follow its development on twitter: @nmaehlmann

★ local multiplayer for up to 4 players

Controls can be configured in game. Even though binding the controls to keyboard keys is possible, a controller for each player is strongly recommended. I've had most fun using the following bindings:

jump: jump while ducking to fall through a platform

attack: throw your disc, press again to recall it

powerup: use a picked up powerup

Powerups, after being picked up, spawn an icon above your characters head. Some powerups can only be activate, when you carry or don't carry your disc. This is indicated by the icons opacity.

] Laser Beam:
A deadly laser connects your character and your disc temporarily.

] Quick Recall:
Your disc speeds up and returns to you, even passing through walls.

] Teleport:
Your character and your disc swap places.

] Rewind:
Your character is followed by a shadow of its past self. Activate to jump back to a former position.

While already playable, Diskophoros is still in alpha. If you find any bugs or have feedback, please let me know. Below is a technical FAQ. Click the arrows to expand:

Can you make build a version for Linux please? It would be really helpful!

I played it with a friend, the keyboard it was pretty hard but with a gamepad it was amazing. I liked a lot the different power ups and maps, and the visuals are really polished. Nice job ^^

Thank you for the kind words! Yes keyboard is hard and it's definitely meant to be played with a gamepad!

Thank you for playing! Glad you liked it :)

This is one of the best free local multiplayer games I have played in a long time. The unique idea combined with the epic soundtrack and random powerups makes a super fun couch game! I would totally pay $9.99 for this if it was more polished. 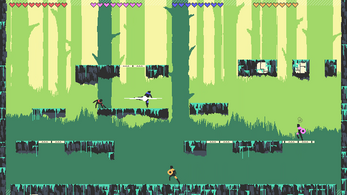 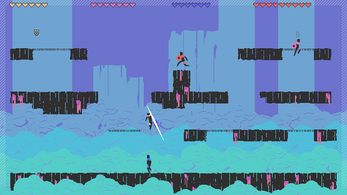 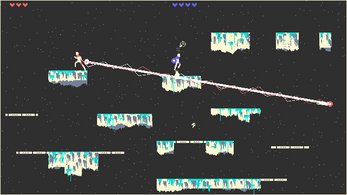 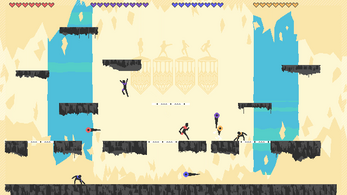 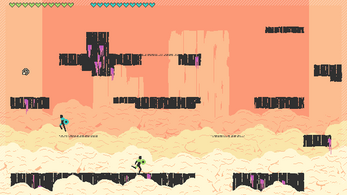 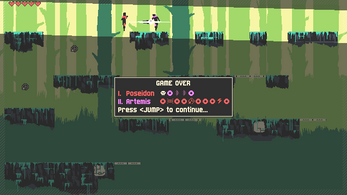 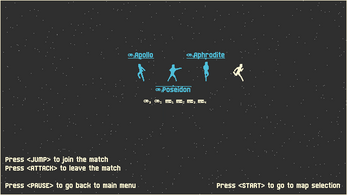 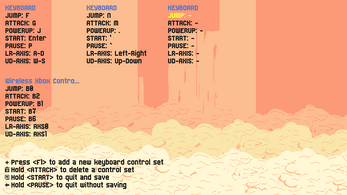